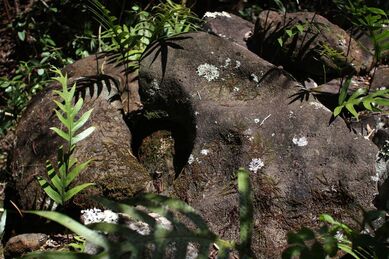 About Kūkaniloko...
In ancient times, the area called līhuʻe of the central plateau of Oʻahu Island, was the Royal Center. Here, the highest-ranking children were born and raised to be the leaders of the people of our Nation, ko Hawaii paeaina. Today, Kūkaniloko Birthstones -  encompassed by the uplands of līhuʻe, wahiawā, halemano - remains as one of the most significant cultural sites on Oʻahu. This was one of two places in Hawaiʻi specifically designated for the birth of high-ranking children; the other site was Holoholokū in Wailua on Kauaʻi Island.


​Kūkaniloko:  Birthright of Ali‘i
Circa 400 A.D. to 992 A.D., Kūkaniloko was set apart for the birth of ho‘āli‘i on O‘ahu island. To be born at Kūkaniloko assured a status of divine descent and those privileges which came with such status.  Birthright maintained the purity of divine lineage and established the ali‘i as gods with the privilege to manage our sacred lands, its precious natural resources and our beloved people.

Birth of ho‘āli‘i at Kūkaniloko was ‘ike maka, eye-witnessed, by 36 ali‘i, one of whom was the father. Upon presentation at kuapu‘u kūkaniloko, ho‘āli‘i were taken to waihau heiau, Ho‘olonopahu where recitation of the continued genealogy, the purification ceremonies and the splitting of the bamboo knife (between the teeth to create a sharp edge to sever the umbilical cord) were overseen by 48 ali‘i kapu.  Sacred drums of the pahu heiau, Hāwea and ‘Ōpuku, were sounded to announce the arrival of the ho‘āli‘i.  The reign of those ali‘i born at Kūkaniloko is marked by good deeds, peace, and prosperity.  These ali‘i did not participate in or practice human sacrifice.
“...e kūkaʻawe i nā kapu o Kūkaniloko nō ka mea aloha nō hoʻi kākou iā lākou i nā kau a kau..."
“...to guard the kapu of Kūkaniloko because we love them for all time…”
​ 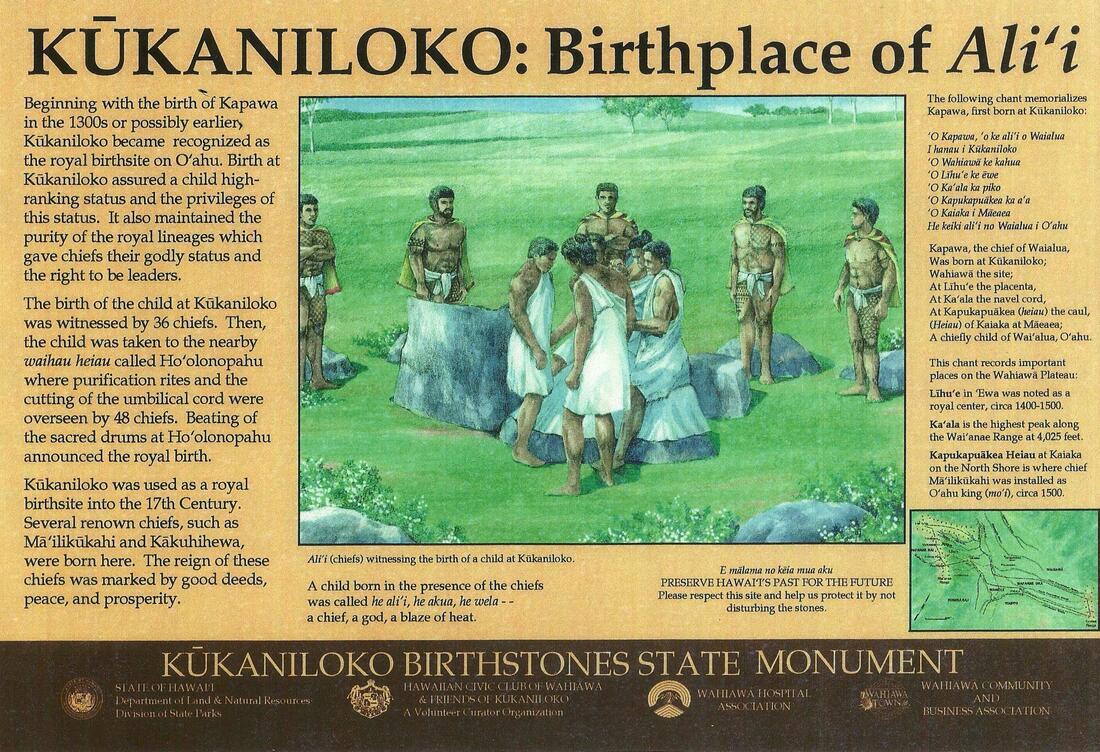